What made you decide to read this article?

Did you carefully weigh up the pros and cons, writing a long list of both and giving each a score? Maybe you detailed all of the things you could do in the next five minutes, and decided this would be the best use of your time? Or perhaps you just clicked on the link without really thinking about it, because it appeared (several times) in your Facebook and Twitter feeds and you thought if you read it, I might stop harassing you about it.

We make a huge amount of decisions every day, concisely and unconsciously, and for many it seems that for all the technology now available to help us manage our lives, we somehow have more decisions to make, not less. This creates a strain on us, a cognitive burden which clouds our daily lives as we try to weigh up what to wear, eat, drink, do, say, and watch. An ever increasing amount of choice – coupled with ever-more accessible opinions on what we should and shouldn’t be doing – adding pressure to ‘get it right’, with plenty of people ready to say ‘I told you so’ or ‘you really should have gone to (insert latest review website / app here)’.

Luckily, there’s a growing body of work focussed on how to make better decisions, with Daniel Kahneman, Gerd Gigeringzer, and even infamous Ted-ster Hans Rosling sharing their views for us to decide to digest. And to save you the brain strain of trying to pick the best book to read, I thought I’d summarise the best bits in one helpful blog post. Now you just need to decide to read it… 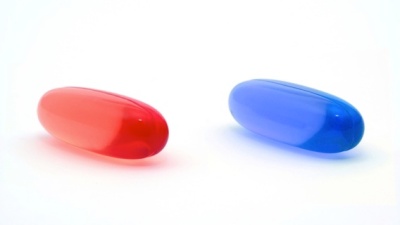 It’s not so much that we make bad decisions – if we did, we’d all go hungry, lose our jobs, and probably have significantly shorter life spans – rather that we aren’t great at assessing the information we have available to make a better decision than we could do, or we simply spend too long doing it. For example, at times we suffer from the ‘Turkey Illusion’, believing that because something has happened once, it’s likely to happen again. The poor Turkey, scared in her new home, is pleasantly surprised when the giant human farmer gives her food and water on his first visit. On the second day, it happens again, and then the next day, and the day after that… After a few months, this Turkey is feeling pretty good about life, with this kind caring farmer regular bringing her snacks and treats to eat. Then he kills her.

Now, this may seem a bit dramatic, but by basing her opinions and beliefs on what has happened previously, the Turkey hasn’t considered the bigger picture. Just because something has happened in the past, it doesn’t mean it will continue in the future. It’s a bit like people basing their knowledge of the world on what they learnt at school, even though the majority of those facts are now likely to be out-dated (with the exception of Tudor History, which is why Tudor History is great.)

All of us are inflicted by a vast and growing number of biases too, shaping the way we see our world, and the decisions we therefore make:

Even if we’ve avoided being influenced by the past, battled through our in-built biases, and are ready to make a decision, what do we do? We play it safe. ‘Defensive Decision Making’, as Gigeringzer describes it, is the moment we decide to go against what we think is the best option, and instead go for a lesser but safer option, to protect ourselves if something goes wrong. We hire the big company kitchen installer in case the promising local sole-trader is due on Rogue Traders; see our politicians making fewer bold decisions for fear of being sacked; and despair as the shop assistant tells us there’s nothing they can do because it’s against policy, but ‘they would if they could’…

So what can we do to make better decisions, to give both better outcomes and less stress and strain in our daily lives…? Well, one option would be to completely outsource all decisions to Siri, another to follow Danny Wallace’s lead and simply say ‘Yes’ to everything. But presuming you don’t want decisions to wait until you have an internet connection, or that you have a job and no desire to visit a Canadian Pharmacy, then these might not work for you. But some of the below might…

Barack Obama only wears two colours of suit (allegedly). Mark Zuckerberg always wears a Grey t-shirt (supposedly). I only wear white shirts at work (definitely). It might seem boring, maybe even American-psycho concerning, but simplifying the choices you have to make in your daily routine can save both time and stress, particularly in the notoriously difficult ‘smart casual’ arena. Think where else you could simplify, such as setting a night a week aside for film watching, bathroom cleaning, or something else you do regularly. By knowing when it’s happening, you don’t need to spend any more time thinking when to plan it in. And in the case of cleaning, you can put aside the niggle in the back of your head hassling you to do it.

There’s also an approach called ‘Satisficing’, which moves away from the standard theory that we should all look to maximise the benefit of our decisions. Essentially, Satisficing is about finding the answer that’s ‘good enough’, encouraging you to set your aspiration level (‘I want a 42 inch TV under £300’) and stop searching when you’ve found just that. This could, I suppose, be used for most decisions, including housing, work, and future spouses.

A final way to simplify is to just find the most important reason, and ignore the rest. Charles Darwin famously wrote notes listing the pros and cons of marriage shortly before his engagement to his cousin, using a technique often employed by people trying to come to a decision. But in reality, there’s usually one or two things that you know are more important to you than the rest. So stop making huge lists of things you want in new houses, laptops, and jobs, and just focus on the thing that’s most important to you. You’ll make decisions more quickly, and be happier afterwards. Probably.

Use Rules of Thumb

There’s some decisions you’ll find yourself making over and over again, trying to form opinions and more often than not ending up with the same outcome. Try some of these, and create your own:

Look to the future

Most of us make decisions based on the past or the present, and as the poor Turkey shows, that’s not good. Add to that our natural hindsight bias, which doesn’t make us too good at ‘remembering’ what we really thought in the past, and we’ve got a cognitive cocktail leading to disastrous decisions. So the final thought is to look to the future when deciding what to do, rather than just thinking about what was right in the past. What might have changed since last time? How could the situation be different? You wouldn’t decide what to wear on the weekend based on last Saturday’s weather forecast, so why do it in other areas of your life? Talk to people, get different opinions, plan for inevitable change.

So there’s a few things to get you thinking about thinking, and particularly about what you choose to think about. You may or may not have decided to read this far down, and if you didn’t, then this bit is irrelevant to you. But if you did, then you probably already knew that you would, and I’m sure your next decision will be even better…