This article was originally published by WARC in August 2019

In 1899, a group of artists in France put pen to paper and drew the future. Originally for cigarette boxes, then postcards, the drawings imagined what life would be like in the year 2000. And of course, as with most predications of the far future, they got it spectacularly wrong.

And that’s because, despite the popular narrative of high-speed change and nothing-will-be-the-same-again, things really don’t change that much.

Most organisations want to be customer-led, but it’s far easier to say than it is to do. That’s because we all naturally see the world from the inside-out and, despite the recent rise of the echo-chamber theory, this challenge isn’t just a product of Facebook and Twitter serving us up things they think we’ll like.

Over 50 years ago, on my grandmother’s first day at her new job, she received this letter which perfectly articulates the way to escape this limiting perspective. This advice is as relevant now as ever, and wouldn’t be out of place on the front page of any employee handbook handed over on day one of a new job:

In July 2019, Sainsburys announced that Deliveroo would start to deliver it’s groceries to customers – a service it had originally offered to customers over 130 years ago.

This is a wonderful example of how, whilst the technology to access these services may change, the core needs of customers remain broadly the same.

Airlines – get me there safely and on time. Banks – keep my money safe and secure. Restaurants – give me food that tastes good. These are all industries that have played around endlessly with how to deliver their products to customers, with some brilliant innovations. But ultimately, unless those core needs are met, everything else is insignificant.

Even many of our most modern fads have been seen before. People are always looking to get from one place to another in quick and efficient ways – as this Suffragette on an electric scooter in 1916, shows. 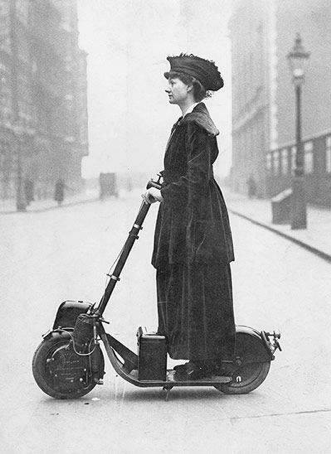 What should your brand stand for? What’s the message you want to give to your customers? Over the past few years, the three-word brand description has become big business, with agencies and organisations working together to find a way to describe what they’re about, and what they believe, in a few pithy words.

Despite all the time and money spent since this became the popular way of doing things, I’ve yet to find a simpler, more articulate description of an organisation’s aim than that provided by Pugh Brothers of Holloway in the 1950s, including it’s policy which echoes the much-lauded John Lewis ‘Never Knowingly Undersold’: 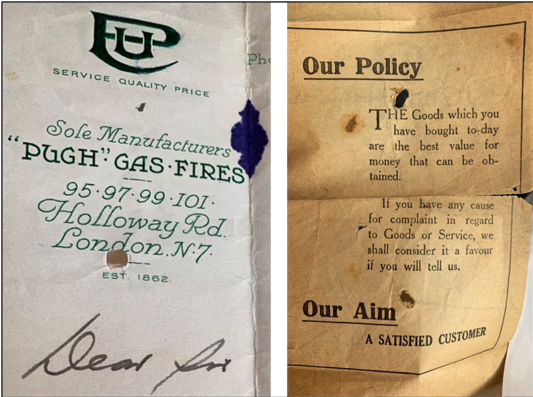 Of course, another of the big buzz words in brand building recently has been the rise of content marketing. But this isn’t new. Far from it, with Midland Bank producing both a cassette for people planning their retirement, and an original Money Saving Expert guidebook to help women with money, including the original soap-star influencers of the day (albeit hopefully the patronising tone of the book is something that has changed in the intervening years). 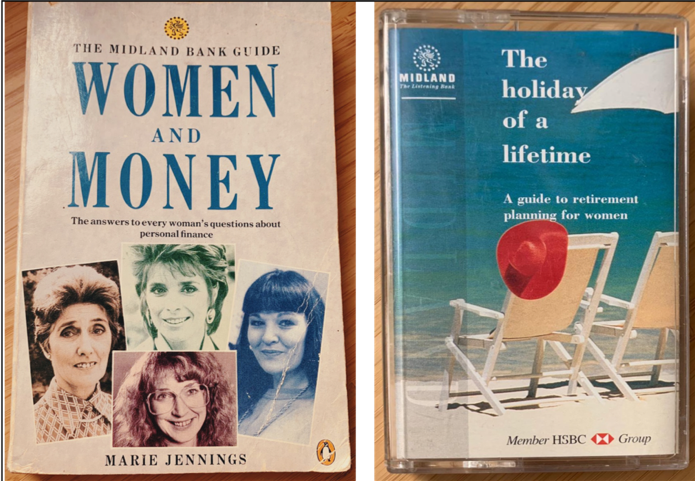 It’s not just the good branding and exciting products that have been seen before. Many of the problems we find that come with them are simply modern examples of old human failings.

As Robert Colville explores in his book ‘The Great Acceleration’:

‘John Freeman’s book ‘The Tyranny of Email’ outlines a host of past irritations that sound suspiciously familiar. Spam? Invented in 1868 by G.S. Smith, who built up a staff of 430 people, all churning out unwanted advertising circulars. Nigerian email fraudsters? Try the British-American Claim Agency of the late 1880s. Abusive online comments? Soon after the birth of the postcard, there were widespread complaints that they were filled (anonymously) with ‘gross insolence or contemptuous epithets’

And for as long as there have been customers, there’s been customer complaints. People will always want to express their dissatisfaction when their expectations haven’t been met, and companies will always be expected to take these seriously and respond in a timely manner.

Though this example, shared on twitter by Patrick Hosking, does suggest that companies used to take complaint handling a little more seriously than perhaps they do now: 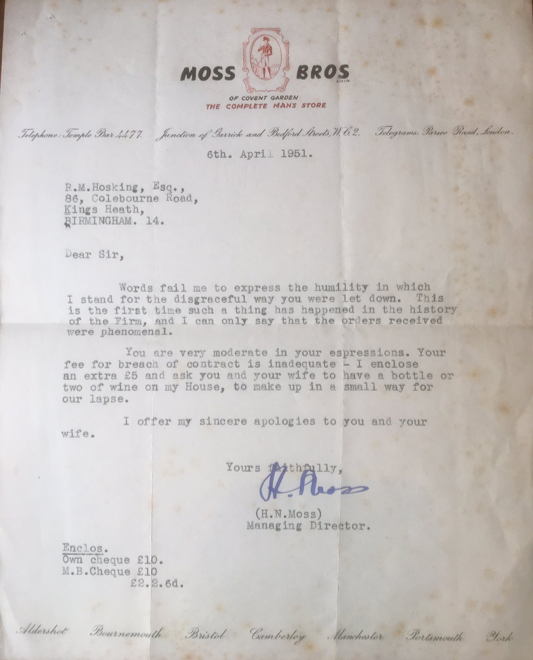 Uber is just a taxi service. AirBnb is just giving people a place to stay. Deliveroo is just providing good food, fast. The mechanism for delivery changes, and customers’ expectations duly rise, but the needs being met are the same as they always have been. Those endless lists of ‘things that a mobile phone have killed’ are misguided. The phone hasn’t killed the camera, the calendar, the TV, or the land line. It’s just offered a new way for customers to access the things they’ve always wanted. To capture memories, to plan your day, to be entertained, to stay in touch with friends and family.

Giving a good service, having happy employees, understanding your customers, and delivering what they want have always and will always be needed when building a successful customer-led organisation.

So to really prepare for the future, you need to start by looking to the past.

Processing…
Success! You're on the list.
Whoops! There was an error and we couldn't process your subscription. Please reload the page and try again.

Thanks for reading this article, I really hope you enjoyed it. You can find me: