I originally wrote this for the brilliant OpenForIdeas, as part of a series of articles on Human Insight. I’ve looked at broadening conversations, making connections, challenging perspectives, and the importance of being a timelord. So, there’s probably only one more question left to answer – where, exactly, do you get this insight from?

Focus groups, ethnographic studies, large-scale surveys, and social sentiment analysis are all phrases you regularly hear in the insights world, each with their own supporters, and each with many detractors. As David Ogilvy said, ‘the trouble with market research is that people don’t think how they feel, they don’t say what they think and they don’t do what they say.’

As usual with these questions, the best approach lies in the middle, finding a healthy balance across each. And that means understanding four crucial points to navigate human’s brains and behaviours: 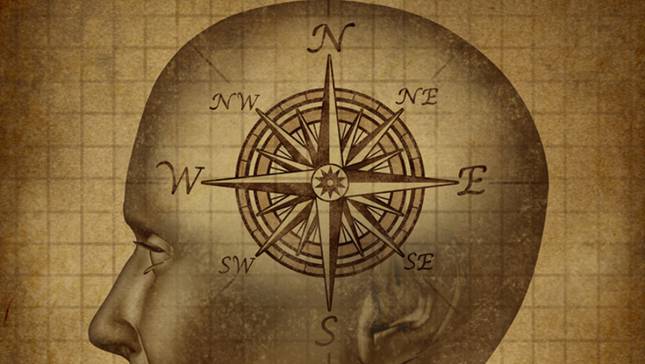 The world is short of many things at the moment. Food, energy, fans of Arsene Wenger. But one thing it’s not short of is opinions. And that’s a good thing for people looking to uncover human insight.

Shortly after the 2015 election, I attended a talk by one of the lead pollsters in the field. They’d been hammered – again – for getting their predictions about the outcome wrong. In a fascinating conversation, the pollster talked about how just the day before the election, they’d been hearing from many under-25 years olds that they were definitely going to vote Labour, but as it turned out, they didn’t. In fact, they didn’t turn out at all. So the solution this pollster came up with? Next time around, they’d take a map with them. And if the interviewee wasn’t able to show them on the map where their local poll station was, then they’d discount their answer – as if the day before the election you don’t know where you’ve got to go to vote, it’s likely you won’t make it at all.

So talking is good. But asking the right question in the first place is better.

There’s a wonderful phrase that Dan Lockton introduced me to a few years ago, which is the best example I’ve come across for explaining the difference between what people say and what people do – ‘paving the cow-paths’.

The premise is an old one from the history of agriculture, where wily farmers would wait to see which route the cows decided to walk between fields before paving them for a smoother journey. In today’s world, we tend to ask people what they think they’d do, and design around that. Then things like this happen:

The lovely, well-thought out, fully-informed cross of paths through Soho Square remain pristine clean, as the far more popular path emerges. However, whilst not perfect, it is at least rational to understand why people choose to take the diagonal route.

Other examples may take a little longer to fully understand, and reveal far more about the hidden drivers of human behaviour…

People will say they want one thing. But when it comes to it things like taking a shortcut across a field or the desire to read a new newspaper, they’ll often do another thing entirely.

The problem with considered views is just that – they’re considered, thought-through, rational opinions that often present what we want to believe we would say or think in a situation, rather than how we might actually react.

That’s why Social Media and Complaint data is such a rich-source of insight, often written when we’re at our most angry or emotional, raw feelings being shared with the world before we’ve had a chance to finesse them into something far more acceptable. Donald Trump’s 2am Twitter storms may not be to everyone’s liking, but they’re certainly a refreshing change from the pre-prepared and fully-primed PR opinions we’ve been spoon-fed over the last 20 years.

And this insight doesn’t all have to be about negative rants in an attempt to short-circuit a company’s complaint procedure. A couple of years ago, I was enjoying a train driver’s announcements so much that I decided to live-tweet them. Would I have shared the same thing a few hours later, after considering whether or not it made me seem like a train-nerd with a particular boring commute and a need for noise-cancelling headphones? Perhaps not. But the fact that I did gives great insight into the emotion I was feeling as a direct result – and at the exact time – the train driver was practicing his comedy routine.

In the early hours of the morning of the 23rd June 2016, something strange happened. As news filtered through that the UK was on the brink of leaving the EU, there was a sudden spike in a particular search term on Google – ‘What happens if we leave the EU?’

This event was, unsurprisingly, over-analysed and mis-represented, seen as a panic by ill-informed voters asking the question they should have asked in the weeks before. But that aside, it does help to highlight a hugely significant benefit of search as a source of insight:

The only time you can know that people are telling the truth is when they’re searching for something.

Spelling mistakes aside, the words that people type in to the search bar are absolutely definitely the thing they are trying to find. And that makes tools like Google Trends wonderfully useful in understanding the help, support, and guidance people are looking for in their lives – as well as the services they use most to find the answers. It’s also why services like DuckDuckGo are becoming increasing popular to mask what we’re searching for, suggesting we know how insightful – and invaluable – our search information can be to companies who want to understand or exploit us.

In conclusion, some insight is better than none, and all insight has its flaws. But ensuring you take inspiration from a broad range of sources will allow you to get more parts on the table, connect the dots, and maybe – just maybe –   understand what’s really going on inside those human’s minds.