So Friends Reunited is closing down.

It taught us that relationships might not be as transient as we once though they were, that the life we led couldn’t just be left behind. And it also taught us that looking up old school friends wasn’t actually that interesting, something we were reminded of when we all ‘friended’ them in droves after joining Facebook, before gradually, and awkwardly, ‘unfriending’ them in the years following.

Given that I’d only left school about a year before, I probably wasn’t the target audience for Friends Reunited. All it really allowed me to do was remember which University my friends had gone to. There were no school crushes from 20 years ago, no friends who’d gone on to be rock stars or astronauts, and no school crushes from 20 years ago (did it have any other uses?) But there was something remarkable about this database of people, all available to contact (for a fee), no longer disappearing from your mind forever, but now just a click away on a screen in your living room.

However, the ideas that change the world and have lasting success are usually the ones which, either deliberately or accidentally, find themselves in the middle of several converging trends. They land at the intersection of changing opinions, providing fertile ground and a healthy supply of water to allow the thought to flourish, as Stephen Johnson talks about this superbly in his book ‘Where Good Ideas Come From’. 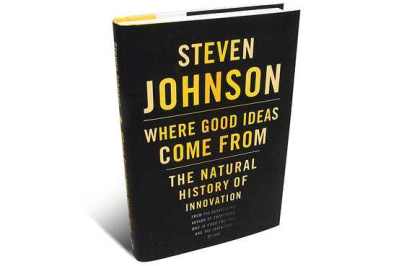 The launch of Facebook coincided nicely with the advent of smartphones, allowing us to share on the move, rather than be tied to our home PCs or locked-down work computers. We’re far more likely to share what we’re doing when we’re doing it, than a few hours later (by which time we’ve probably realised it wasn’t that interesting after all). One reason for being on Twitter is real-time conversation during sports matches and TV dramas, the predecessor of which was arguably specialist forums for the few, not the many.

Apple’s launch of iTunes + iPod came at one such celebrated crossroad too, as my Future Agenda friend Patrick Harris told me about a few years ago. Companies such as Napster and Kazaa had spotted that increased broadband speeds, cheaper computer storage, and an emergence in peer-to-peer sharing allowed a new way to share and consume music. Whilst the existing incumbents were busy trying to shut them down, Apple decided to do it legally, and at scale. Hence a computer company came to dominate the music industry, and a new way of listening was born.

Conversely, HSBC launched TV Banking with Sky in 1999, allowing people to access their bank accounts without leaving their sofa. But with slow speeds, concerns about privacy, and no smartphones, people weren’t interested. In 2016, Apple launched their updated Apple TV, with the major selling point being the introduction of an app store, allowing people to download apps to their TV and, you guessed it, do their banking from the sofa.

As for Friends Reunited, as well as still being tethered to a PC, it was also launched a few years before people became used to sharing everything online, contacting potential strangers, and allowing their personal data to be used to create a better service. And crucially, it stuck with it’s fee-paying model to contact old friends, at a time when free was becoming a default, with the user becoming the product to be sold through adverts that follow us around the web.

When trends start to converge and the world begins to expect new things, companies have to make a choice. The smart ones either create (Google Glass, Tesla), copy (Apple Music vs Spotify) or collect (Waze, WhatsApp, Ocolus Rift).

Friends Reunited chose the option that so many others do. It stayed with what it had, not wanting to break away from the product and business model that it had created at the start, just like the music industry fighting online file sharing, banks fighting BitCoin, and Black Cabs fighting Uber, stuck with an inside-out view of the world.

It’s further proof that keeping abreast of where the world is going is no longer an option for companies who want to stay relevant. Neither is inaction. It’s not enough to keep doing what you’ve always done, and hope people will stay out of loyalty or apathy. That’s why the average lifespan for a company in the S&P 500 is now closer to 15 years rather than the 70 it used to be.

Which, incidentally, is almost the exact length of time Friends Reunited existed. Now that’s a trend worth keeping an eye on…